The British soulman Sam Smith is back his new music – “Too Good At Goodbyes” which is his first release since 2015’s “Writing’s On The Wall” from Spectre. The song is also the lead single from his second studio album, The Thrill of It All (2017). “Too Good At Goodbyes” was conceived right in the middle of writing The Thrill of it All, which Smith says was "influenced by throwback R&B" throughout the creative process. This track is “about a relationship I was in and it's basically about getting good at getting dumped,” says Smith. 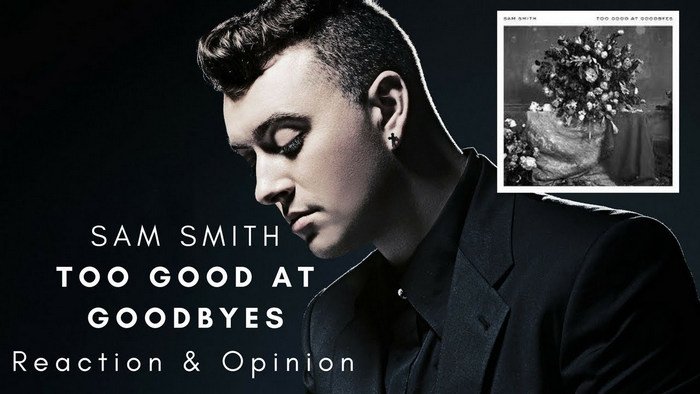 Originally, the gospel choir featured on the track was going to be only his vocals:

“Every time you hurt me, the less that I cry”

“And every time you leave me, the quicker these tears dry”

“And every time you walk out, the less I love you”

Then, the lilting chorus is buoyed by the choir, as they harmonize, "I'm way too good at goodbyes."

"Too Good at Goodbyes" topped the UK Singles Chart on 15 September 2017 - for the week ending dated 21 September 2017 - with 33,000 downloads and 4.4 million streams. It later ascended to number four on the issue dated 25 November, after the release of “The Thrill of It All”. In November 2017, the song was certified platinum in the US for shipments of one million units. Here this guide below will show you how to download “Too Good At Goodbyes” from Spotify to MP3.

Part 2: How to Download Sam Smith's "Too Good At Goodbyes" to MP3

For some Spotify users, you may prefer to burn this hottest songs to CD for streaming them in your car or transfer to MP3 player. But there is a big limit that we can't convert the Spotify songs to any other common format because of the DRM protection on Spotify music. In result, we can only play Spotify songs on a limited number of devices instead of more popular MP3 players, such as iPod, Walkman, etc. Don't worry though. The fact is that there are many tools to let you easily download Spotify songs to MP3 or burn to CD. Among them, the top-rated one is NoteBurner Spotify Music Converter.

NoteBurner Spotify Music Converter is a smart DRM removal app specially designed for any Spotify user to help you easily download and convert any Spotify track, album, artist and playlist to DRM-free MP3, AAC, WAV, AIFF, FLAC, or ALAC format. With an advanced DRM decrypting technique that differs from traditional recording, it can keep the original audio quality and ID3 tags of the music in output files. In this case, you can easily download and convert "Too Good At Goodbyes" from Spotify to MP3 format, and stream on any devices as you want.

Launch Spotify Music Converter for Windows. Click "+" button, then you will see a pop-up window that indicates you to copy and paste the playlist link from Spotify. You can copy and paste the link on the URL window and click "Parse". Then you can click "OK" to finish adding Spotify tracks. When finish customization, click "Convert" button to start downloading. After downloading, you can get a DRM-free Spotify song, and transfer it to any devices as you want.