How to Download Drake’s "Nice for What" to MP3

Drake is a famous Canadian rapper who holds several Billboard chart records. In 2018, Drake released his fifth studio album "Scorpion", which broke several streaming records and generated the number –one singles "God's Plan", "Nice for What", and "In My Feelings".

"Nice for What" is the second single in the album. The song debuted at number one on the US Billboard Hot 100 and topped the UK Singles Chart and ARIA Singles Chart, becoming his second number-one song of 2018 in the two countries after "God's Plan". 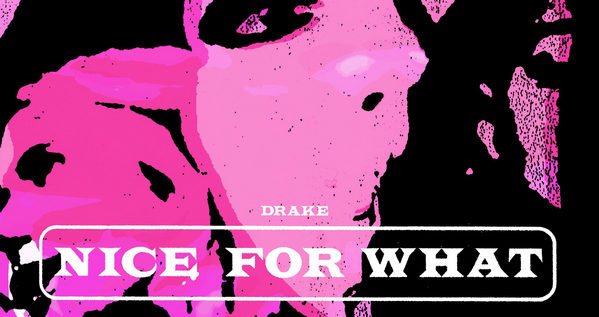 Below is a step-by-step tutorial on how to download Drake’s "Nice for What" from Spotify Free to MP3 format, by applying the most popular Spotify music downloader – NoteBurner Spotify Music Converter. If you are an Apple Music subscriber, please refer to How to Download Songs from Apple Music to MP3 for more details.

NoteBurner Spotify Music Converter is a professional Spotify music tool specially developed to download songs from Spotify to MP3, AAC, WAV or FLAC. Besides, it's a perfect program to burn Spotify songs to CD, with no need to install extra hardware. Here are the key features of the program:

NoteBurner Spotify Music Converter supports both Windows and Mac OS. Here we will take the Windows version as an example. For Mac users, please refer to How to Download Music from Spotify Free for Offline Listening on Mac for detailed steps. Now let's come to the detailed steps to download Drake’s "Nice for What" from Spotify Free to MP3. Before we get started, please have NoteBurner well-installed on your local computer.

Step 1 Upload Drake's "Nice for What" to NoteBurner

To import your music to NoteBurner, please directly drag and drop the playlist from Spotify to the rectangular box of the main interface or you can copy and paste the link and click the button "+".

Step 3 Convert Drake's "Nice for What" to MP3

Click the "Convert" button to start converting "Nice for What" to MP3 format. When the conversion is done, the song will have already been converted & downloaded to the output folder you set in previous step.

By clicking "Converter" button (like a clock) or directly going to the output folder you customized in Step 2, you can find the downloaded song in MP3 format on your local computer.