"WHY THANK U NME!!!”, Lorde responded the awards from NME over Twitter.

After taking home six Tui awards at New Zealand Music Awards last week, New Zealand 21-year-old singer Lorde has picked up another top honour from a UK music magazine: her album “Melodrama” has been named the best album of 2017 by music magazine NME.

"This is a regret-drenched break-up album that waves a magic wand at pain and transforms it into pure pop magic," the magazine wrote. “…It’s a rudely excellent album, introspective without ever being indulgent, OTT in all the right ways, honest and brave, full of brilliant songs with lyrics to chew over for months.”

Four years after Lorde illuminated suburban teendom with “Pure Heroine”, she captures the dizzying agony of adolescence on “Melodrama”. She composed the songs on Melodrama in New Zealand. She described the album as addressing themes of heartbreak, solitude and loneliness. This album, opens with an electropop, dance-pop, and post-disco song -- "Green Light" which took top honours at the Silver Scrolls on September, received widespread acclaim from critics, with some publications citing it as the best album of the year. The whole album "Melodrama" of Lorde is available to stream on Spotify now. Here you'll find the best solution to download songs on Lorde's "Melodrama" from Spotify to MP3. 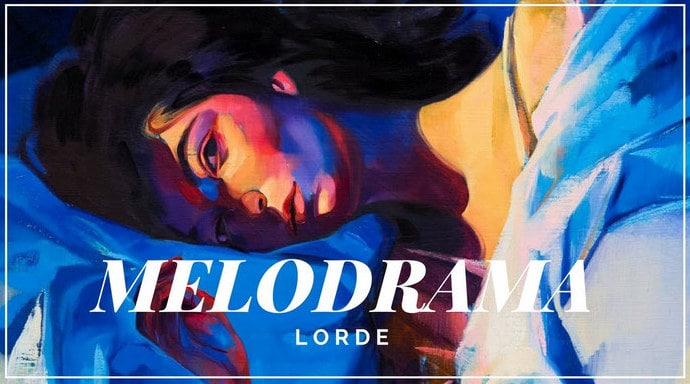 For some Spotify users, you may prefer to sync these songs on "Melodrama" to generic MP3 player for listening, such as Sony Walkman or iPod as they are lighter and more portable than smartphones. However, as you may know, songs you downloaded from Spotify are not allowed to directly transfer to those MP3 players due to the DRM protection. Besides, if you are using the free plan of Spotify Music, you don't even have the access to download those playlists at all. What should you do? Don't worry though. The fact is that there are many tools to let you easily download Spotify songs to MP3 or burn to CD. Among them, the top-rated one is NoteBurner Spotify Music Converter.

NoteBurner Spotify Music Converter is able to download and convert any Spotify track, album, artist and playlist to DRM-free MP3, AAC, WAV, AIFF, FLAC, or ALAC format. With an advanced DRM decrypting technique that differs from traditional recording, it can keep the original audio quality and ID3 tags of the music in output files. In this case, you can easily download and convert the full album "Melodrama" from Spotify to MP3 format, and stream on any devices as you want.

NoteBurner Spotify Music Converter supports both Windows and Mac OS. Here we will take Windows version as an example. For Mac users, please refer to How to Download Music from Spotify to MP3 on Mac for detailed steps.

To import your music to NoteBurner, please directly drag and drop the playlist from Spotify to the rectangular box of the main interface or you can copy and paste the link and click the button "+".

When finish customization, click the "Convert" button to start conversion. After downloading, you can get a DRM-free album "Melodrama", and transfer it to any devices as you want.