Camila Cabello’s song "Havana", featuring Young Thug, was released on August 3, 2017 as a promotional single of her album, along with "OMG". This song has hit the top spot on Billboard's Pop Songs radio airplay chart several times. It is also the second song that reaches to No. 1 on the chart. The former Fifth Harmony singer's first cut to make it to the top of this chart was "Bad Things," with Machine Gun Kelly. 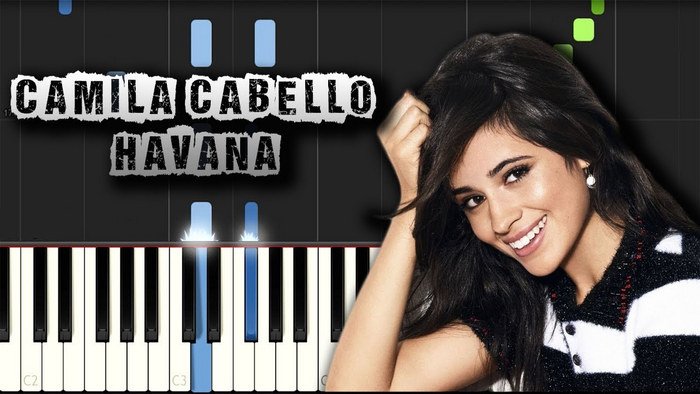 "Havana" is about Camila falling in love "with this bad boy from Havana". It is also a mid-tempo ode to her hometown, and lyrically finds the singer embracing her Cuban heritage. Cabello sings the chorus over Latin-influenced piano riffs and rhythm. Some music publications described the song as "Latin fusion" and pop:

Half of my heart is in Havana, ooh na-na (ayy, ayy)

He took me back to East Atlanta, na-na-na, ah

Oh, but my heart is in Havana (ayy)

This track is available to stream on major music streaming services, like iTunes and Spotify now. Here we will show you how to download Camila Cabello's Song Havana from iTunes to MP3 format.

How to Download Camila Cabello's Song Havana from iTunes to MP3

You may prefer to enjoy this popular music on your portable MP3 player or stream them in your car. However, although Apple Music allows subscribers freely download and save the music and albums offline onto devices linked to Apple Music account, it restricts the use of the music files on other devices by adding a protection to streaming music collection on Apple Music. What's worse, when the subscription ends, the DRM-locked songs will be disabled and inoperable.

So if you want to download Camila Cabello's Song Havana to MP3 for streaming on your portable MP3 player, you'll need a third-party Apple Music downloading tool. Here we are talking about NoteBurner iTunes Audio Converter which is a professional Apple Music Converter to help you record Apple Music songs and playlists and convert Apple Music files, audiobooks, or other downloaded music from iTunes or MP3, AAC, FLAC, AIFF, WAV, or ALAC format at 10X faster speed with keeping lossless audio quality. Thus, you are able to take full control over the downloaded "Havana" and freely play the music back on any media player or burn the songs to CDs, even if the subscription ends.

The following is a detailed tutorial to guide you to download Camila Cabello's Song Havana to MP3. Please download NoteBurner Apple Music Converter first before getting started.

After the successful adding, please click the button "Setting" to choose the output format as you need, in the pop-up window, you can set output path, output quality, and output format including MP3, AAC, FLAC, AIFF, WAV, and ALAC.

After completing the above steps, the final one is clicking the button "Convert". Just a few second, it will succeed. After converting, the output folder will be open automatically. Or you can click the "Converted" button on the left side to find the converted music. Now the song "Havana" is also saved in MP3 format, you can sync it to any of your devices for enjoying.

For some Spotify users, if you want to download Camila Cabello's song Havana from Spotify to MP3, you need to pick up a reliable Spotify to MP3 ripper. Here you meet NoteBurner Spotify Music Converter, a smart app specially designed for any Spotify user to help you easily download all Spotify songs and playlists for offline listening. It can also convert Spotify tracks to common MP3, AAC, WAV, AIFF, FLAC, or ALAC format, so that you can then play the songs on any popular device and player. Even if you are using the free Spotify account, you can use this poweful Spotify Converter to download and convert any track as you like.