"I've subscribed to Amazon Music Unlimited each month, but I can't find a way to download WAV songs from it. Is it possible to extract WAV files from Amazon Music?"

As one of the hottest music streaming services, Amazon Music provides over 100 million songs and podcasts in High Definition (HD) and millions of tracks in Ultra High Definition. Only with a tiny cost, you will have an excellent listening experience ever. Meanwhile, more and more people are still asking to download Amazon Music songs in WAV format, so they can stream uncompromised Amazon songs on more devices easily. The word does not say more, let's begin this article on how to save Amazon Music to WAV plain music format. 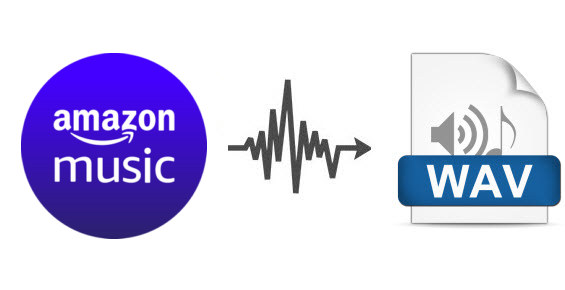 FAQs about Amazon Music and WAV

Also called Waveform Audio File Format, WAV is well known for CD-quality (44.1 kHz, 16 bit). WAV files are uncompressed and will take up a bit more space than other file types, coming in around 10 MB per minute with a maximum file size of 4 GB. WAV is also lossless, which means you won't have any quality loss after recording or converting. As such, WAV is a popular and most-used format for DJs, CD burning, etc.

Is it possible to download WAV files from Amazon Music?

In decades, kinds of streaming music services come out to capture markets. As the competition between streaming music services is increasingly fierce, they all hold the same protection standard to control users playing music only within their own applications. Amazon Music does so - applied encoded tech into every single track to prevent private, copy, or extraction.

Though it's quite understandable why Amazon Music insists on adding encryption, this has virtually led to inconvenience when using. For example, it's hard to directly stream Amazon Music lossless on TV, radio, or CD disk. To enjoy Amazon Music freely, it's suggested to use a necessary tool, Amazon Music to WAV converter, listed below.

So far, NoteBurner Amazon Music Converter is available on both Windows and Mac operating systems, fully supporting Windows 7, 8, 10, 11, and macOS 10.15 – 13 Ventura. So don't forget to download it to your computer before beginning. 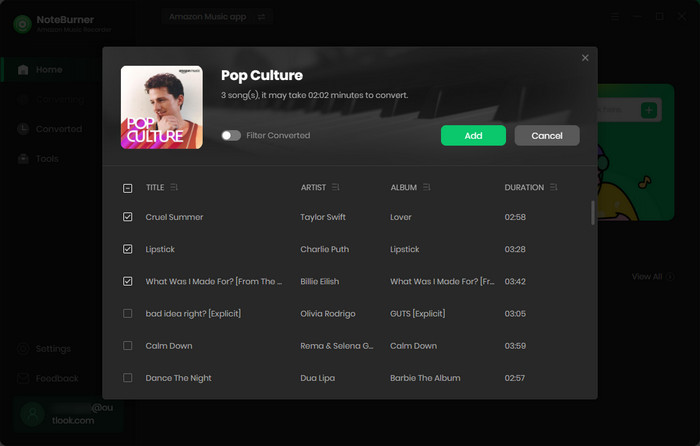 Go to the Setting window by clicking the gear icon in the upper right corner. Choose WAV output format, and you're also able to select conversion mode, bite rate, sample rate, output quality, and so on.

Tips: Choose the "None" output organized setting, so you can classify Amazon Music songs by playlists. 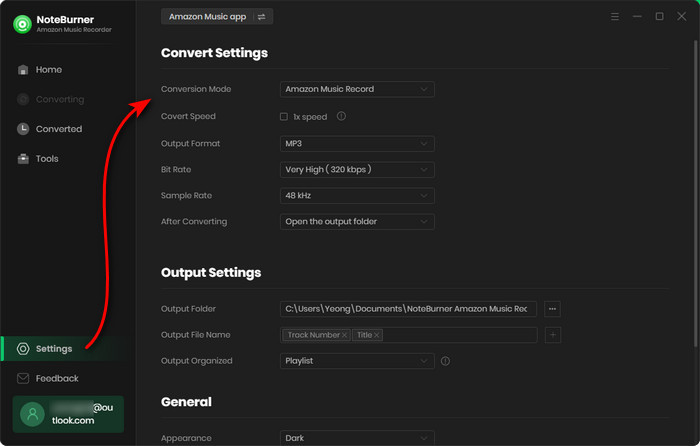 After selection, click the button "Convert" to start downloading Amazon Music songs to WAV files and saving them in your local computer drive. 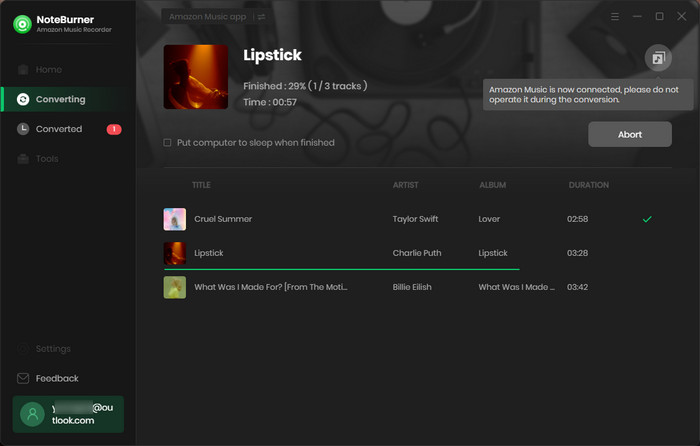 Once converted, click the "Converted" tab on the left panel, hover to the music history, and click the small "Folder" icon to locate the well-converted Amazon Music songs. You'll find that they're all saved as .wav filename extension files. 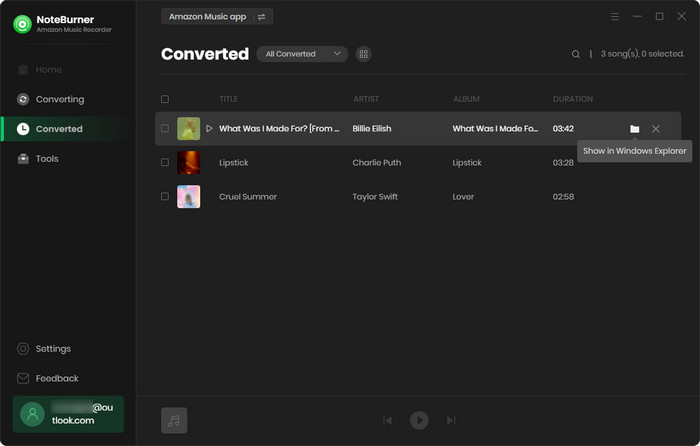 Now that you've got the recorded (unprotected) Amazon Music songs in uncompressed and lossless WAV format, you'll get no limitation prompts when burning Amazon Music to CD, mixing to DJ, playing in car player, or for any other purpose.

When trying to download songs from Amazon Music, you'll find that they are saved as cache files in an encoded format. It's known to all that Amazon Music is encrypted. So to convert Amazon Music to WAV, the easiest and fastest way is to use NoteBurner Amazon Music Converter. It's a 100% safe and clean desktop application for all Amazon Music users to extract any Amazon Music files losslessly.

The free trial version of NoteBurner Amazon Music Converter enables you to convert the first three minutes of each song. You can unlock the time limitation by purchasing the full version.

YouTube Video: How to use NoteBurner Amazon Music Converter：