How to Download Music from Apple Music to PC 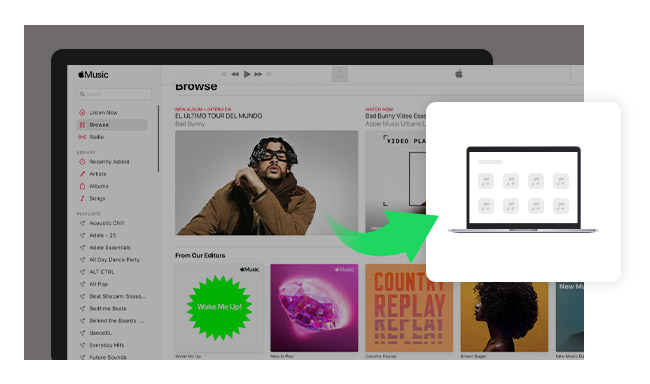 And for years, NoteBurner has got respetable users and gained great reputation from NoteBurner fans for its' free updates and excellent after-sales service.

NoteBurner Apple Music Converter supports both Windows and Mac OS. The following guide takes Windows system as an example to explicitly explain how to download music from Apple Music to PC with the program.

For Mac user, please refer to How to Download Apple Music to Macbook for more details.

Usually a simple interface is able to get users be familiar with a program quickly. After launching NoteBurner, you'll see a concise interface as below:

Click the button "+ Add" on the upper left. A pop-up window will show you all your Apple Music downloaded in your iTunes Library. Choose the songs that you want to convert and then press OK.

Click the button "Convert", and all the Apple Music you chose in step 2 will soon be converted to the plain music format you selected in step 3 and downloaded to the output folder you customized in previous step.

When the conversion is done, it means that you've successfully download your Apple Music to your PC. You can click the "Converted" button on the left side or directly go to the output folder to find the converted Apple Music. Now that you've got downloaded Apple Music, you can enjoy Apple Music offline anywhere and anytime or transfer the songs to elsewhere.