How to Get Apple Music for Free

Apple Music, known for its high-level exclusive releases and full integration into Apple’s popular iOS ecosystem, is the most popular paid streaming music service in the United States, though it was launched in 2015, nine years behind Spotify, which gains the most popularity around the world right now.

Apple Music is a subscription-based music streaming service. It offers a 1-month free trial for new subscribers. After the trial, users will be charged $9.99 a month automatically for an individual plan if the service is not canceled manually. Besides, it also offers family plan as well as discounts for students. A family subscription via iCloud Family Sharing is available for up to six people for $16.99 a month. And students are able to get access to that service at $4.99 per month. 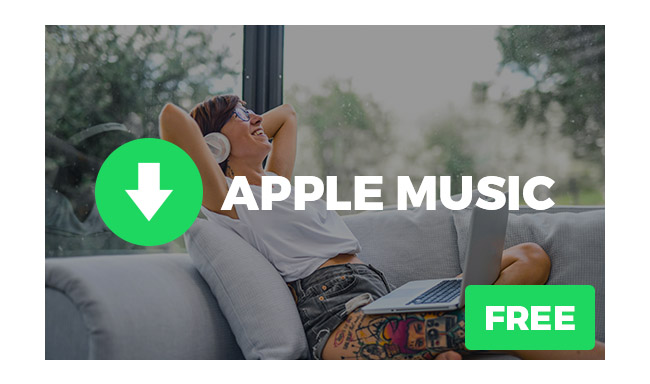 If you are an Apple Music new user, you may wonder whether you are able to get Apple songs downloaded to your computer within the free trial period so that you can continue listening to them even if you discontinue the subscription. It's been widely known that Apple Music is a streaming music service offering protected songs, for which you are unable to get them as local files. And once you cancel the subscription, you’ll lose all access to your Apple songs.

NoteBurner iTunes Audio Converter is a powerful tool, which is able to download Apple Music, audiobooks as well as iTunes M4P music and convert them to a popular format (MP3/ AAC/ WAV/ FLAC) with lossless output quality kept.

How to Get Apple Music for Free Forever

Here we take full advantage of the 1-month free trial period that Apple Music offers. Please download your Apple songs to your computer with NoteBurner in the trial.

Usually a simple interface is able to get users to be familiar with a program quickly. After launching NoteBurner, you'll see a concise interface as below:

Click "+ Add" on the main interface. There will be a pop-up window that enables you to browse and select all your downloaded Apple Music in iTunes. Or you can also directly drag & drop the music from iTunes / Music app to NoteBurner. Tick the Apple songs that you'd like to keep forever.

Click the "Settings" icon on the upper right of the interface, where you are able to choose output format (MP3, FLAC, AAC, AIFF, WAV, or ALAC ), output quality, as well as output path.

Click "Convert". When the conversion is done, all the Apple songs you chose in Step 2 would have been downloaded and saved to the output folder you set in previous step.

By clicking "Converted" or directly going to the output folder you set in Step 3, you can find all the downloaded Apple Music on your computer.

Now that you've got your Apple songs downloaded to your computer, you can listen to them whenever you want, even if you discontinue the subscription after the 1-month free trial.