Post Malone's "Rockstar" featuring 21 Savage has got some pretty solid accomplishments in 2017. Despite several controversies surrounding the song, it maintains as a huge song in both 21 and Posty's catalog. The American rapper 21 Savage-featured song was released on September 15, 2017, by Republic Records as the first single from his project Beerbongs & Bentleys.

“Rockstar” topped the Billboard Hot 100 charts for seven weeks since its release, the longest run at number one for a hip hop song in 2017. Besides, the RIAA has officially dubbed this single as platinum as of October 27th. “Rockstar” is available in retail outlets as well as music streaming services like Apple Music, here let’s download this popular song "Rockstar" from Apple Music to MP3. Enjoy. 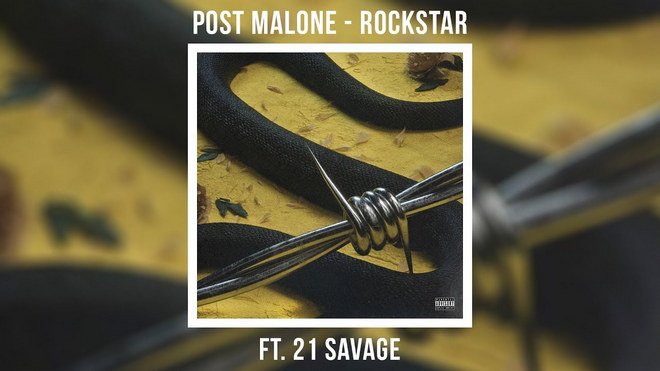 The most important thing you should know about Apple Music is that Apple adds a layer to its streaming music collection. That's to say, anything you download from Apple Music's streaming catalog is protected. In this case, subscribers can't download and convert Apple Music to plain MP3 format and enjoy on some MP3 player. What's worse, when the subscription ends, the protected songs will be disabled and inoperable.

The following is the detailed tutorial to guide you to download Post Malone’s song Rockstar from Apple Music to MP3. Please download NoteBurner Apple Music Converter first before getting started.

Download and install NoteBurner Apple Music Converter. After that, please launch the software.

Click "+ Add" to add music, it will pop up a window, which will show you all of the songs you have downloaded from iTunes. Or you can also directly drag & drop the music from iTunes / Music app to NoteBurner. You can choose any song you want to convert.

Please click the button "Setting" to customize the output format, conversion mode, output quality and so on.

After completing the above steps, the final one is clicking the button "Convert". Just a few seconds, it will succeed. After converting, the output folder will be open automatically. Or you can click "Converted" to find the converted music. Now, you can sync the song to any of your devices for enjoying.