How to Play Apple Music without iTunes

Will you use iTunes to listen to Apple Music on Mac and Windows computer?

Apple product – iTunes are beloved around the world. iTunes is the best way to organize and enjoy the music, movies, and TV shows. Many people especially Mac users prefer to set iTunes as the default player to get access to millions of Apple Music songs. However, it seems like it doesn’t apply to Windows users. Because there are a lot of great apps on Windows to play music, Windows Media Player, VLC, QuickTime, etc. But Apple always makes everything so proprietary that it's impossible for Windows users to enjoy Apple Music on other media player without iTunes. iTunes seems to be the only way to play Apple Music on computer. 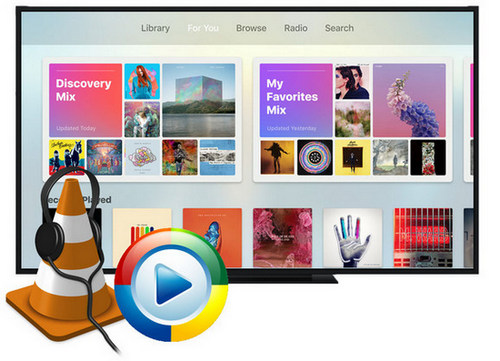 Tutorial about How to Listen to Apple Music without iTunes

The following is the detailed tutorial to guide you to Play Apple Music without iTunes. Please download NoteBurner Apple Music Converter first before getting started.

After completing the above steps, the final one is clicking the button "Convert". Just a few second, it will succeed. Now, you can open and play these Converted Apple Music songs on Windows Media Player, QuickTime or VLC without iTunes.