How to Move iTunes Music Library to OneDrive

I have my iTunes Library in the Music folder on my Macbook. I'd like to set it up so that it's synced with OneDrive, so I can play it using Groove on Win 10 and Xbox One!

Microsoft adds some new features to OneDrive which includes the ability to upload your music collection and listen to it with Groove Music. You could be copying and pasting your local music library folders into OneDrive Music folder manually and have them show up in Groove Music apps and on the Xbox. However, it's not as easy as you expect if you want to move your iTunes music library to OneDrive, especially for Apple Music users.

Apple uses this technology and restriction to control the use of its media content by customers. Currently only Apple approved devices, mostly the iOS devices are supposed to play Apple Music songs. Therefore, if you want to move iTunes music library to OneDrive, the first important key is to record Apple Music files.

NoteBurner Apple Music Converter is a very useful tool that helps Apple Music subscribers easily record M4P songs from Apple Music and iTunes while converting the M4P tracks to unprotected MP3, FLAC, AAC, AIFF, WAV, or ALAC formats at 10X faster speed, which are compatible with any media playing device. With this perfect solution, users who subscribed Apple Music service could take full control over their Apple Music songs and enjoy those music streams on non-Apple media players and devices as they wish.

Click the button "+ Add" to add music, it will pop up a window, which will show you all of the songs you have downloaded from Apple Music. You can choose any song you want to convert.

After completing the above steps, the final one is clicking the button "Convert". Just a few second, it will succeed. After converting, the output folder will be open automatically. Or you can click the "Converted" button on the left side to find the converted music. Now all of the songs from iTunes or Apple Music are converted, you can upload them to OneDrive.

After conversion, please locate to "Tools > Upload & Share > OneDrive" and directly drag & drop the converted Apple Music from the output folder you selected in the previous step to NoteBurner for uploading. Or you can also upload your the converted music by using any OneDrive app or on https://onedrive.live.com/?id=music. Add your favorite songs to your OneDrive Music folder, and they'll appear in your Groove collection shortly thereafter. 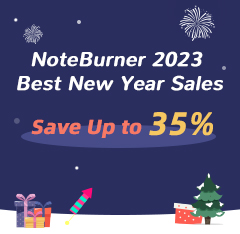