How to Play Apple Music on VLC Media Player

VLC is a popular and powerful software media player for both Mac and Windows. It's also a stellar alternative to Windows Media Player or iTunes for managing digital media files. It is able to play multiple video and audio formats with no problem. However, the Apple Music M4P format is an exception. You may be used to play audio via VLC, but it refused to play these Apple Music M4P songs when you try to directly play the audio from iTunes library. Why? Since music tracks that have been downloaded from Apple Music's streaming catalog are protected, and users are prohibited from streaming the downloaded Apple Music songs to non-Apple media players for playback. 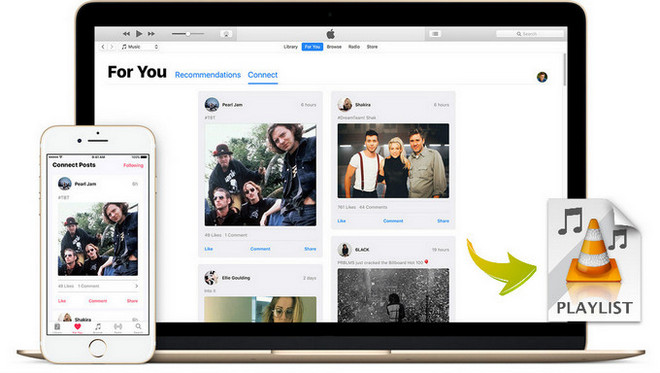 Click the button "+" on the upper left. A pop-up window will show you all your Apple Music downloaded in your iTunes Library. Choose the songs that you want to convert and then press OK.

After completing the above steps, the final one is clicking the button "Convert". Just a few second, it will succeed. After converting, the output folder will be open automatically. Or you can click the History button on the top-right interface to find the converted music. Now, you can play them on WMP, VLC player without iTunes.