"How do I get Spotify music on Nintendo Switch? Previously, I always have the Spotify app in the background whilst playing Xbox. I mostly only play games with headphones on at night. Listening to Spotify music while playing is just awesome, but I can't find out the Spotify app on the Switch." 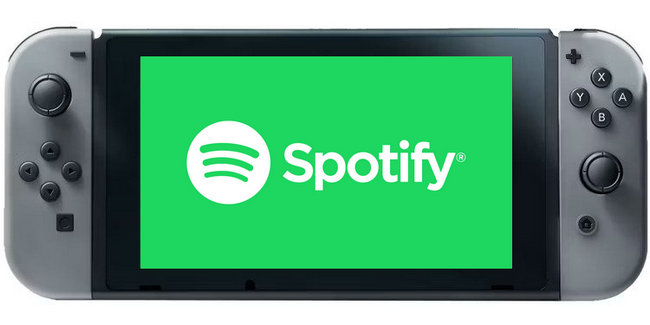 For years, Nintendo Switch has continued adding fantastic games to the console, acting as an interesting game machine that has come to expect from most. Among a vast game library, there're many video games along with incredible excellent background soundtracks, which can enhance the atmosphere of game stories.

But sometimes, you may want to listen to your own custom playlist to relax, nevertheless, this will come to a dead-ending. Despite Nintendo console having a few online streaming apps integrated within, however, unlike the PS4, PS5, or Xbox, it doesn't consider to support the music streaming platforms so far. In other words, listening to Spotify on Nintendo Switch is still a tricky challenge.

Is Spotify on Nintendo Switch?

Not every game console can play Spotify in the background, Nintendo Switch doesn't support that either. Actually, there's no official internal music player for Nintendo Switch at all. If you want to play music whilst gaming, you have to find an extra audio player like TriPlayer. It's a music player especially built for Nintendo Switch, capable of automatically scanning and organizing any audio file you have on the root of your SD card in Switch.

How to Get Spotify on Nintendo Switch?

Now that you have discovered a workable music player for Nintendo Switch - TriPlayer, it's the first step towards success. However, it's worth to notice that TriPlayer only supports common audio formats like FLAC, MP3, and WAV. The protected Spotify OGG Vorbis format is unable to play on this unique wanting music player obviously.

Still wondering how to listen to Spotify song on Switch? QUICK ANSWER: 1) Download Spotify music to MP3/FLAC/WAV via NoteBurner, 2) transfer Spotify tracks to SD card, 3) insert the SD card to Nintendo Switch for streaming through TriPlayer. Next, we will show you one by one.

After installation, open the NoteBurner program and the Spotify app will be launched as well. Now, find out the Spotify playlists you'd like to add to Nintendo Switch, then copy and paste the music URL to NoteBurner.

Note: The music player on Nintendo Switch, TriPlayer only works with MP3/FLAC/WAV format. So don't forget to select the correct output format for your Spotify songs.

Once converted successfully, go to the "Converted" tab and you'll find the downloaded history of Spotify playlist. Click the "Folder" icon behind the music track, then you'll be directed to the offline Spotify audio files. How to Play Spotify Music on Nintendo Switch While Gaming?

After going through the steps above, you'll get the regular common file types of Spotify music, MP3/FLAC/WAV format. Now, you'll just need to copy the downloaded Spotify titles to Nintendo Switch via an SD card, then start listening to Spotify songs by using TriPlayer.

1) Pull out the microSD card from your Switch and insert to the card reader of your computer.

2) Locate and open the external folder of SD card on computer, and also open the "Music" folder in the root.

3) Simply drag and drop the Spotify Music downloads to the "Music" folder.

1) Download TriPlayer.zip on your computer, extract the content and copy them to the root of SD card.

2) Once transferred, put back the SD card to your Switch.

1) Go to Nintendo Switch, find and open the TriPlayer app.

2) Then you can easily find out all Spotify Music listed on this Switch audio player.

3) Start playing a Spotify music song, then go back and open a new game on Nintendo Switch. 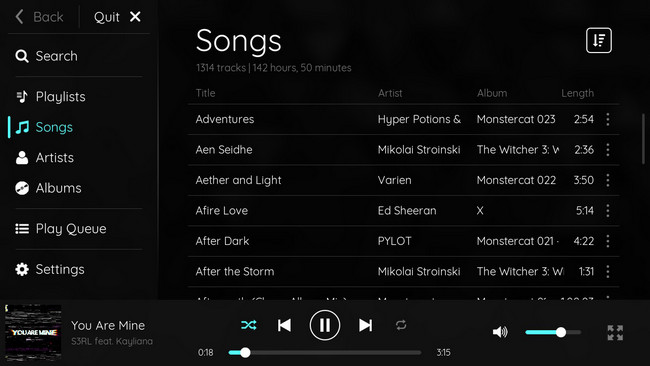 Now, you'll figure that you can play Spotify music in the background while gaming on Nintendo Switch. But be sure you've removed any special character or symbol from your Spotify music title, which may cause the TriPlayer player cannot detect track files.